Thanks for dropping by the online headquarters of ROCKPORT RECORDS.  Check out our band lineup on the ARTISTS page, our excellent product offerings on the ORDER sheet (PDF file). Feel free to drop us a line, lots of ways can be found under CONTACTS.

A sold-out record launch at a major concert hall followed, along with a string of concerts, further recording, radio and TV appearances and a growing array of ‘merch’ – including T-shirts in all sizes. While the band is undergoing personnel changes and currently not touring, Rockport Records is pleased to offer you their CD album and more – a great way to celebrate this iconic rock band – and at great prices – visit our store for more! 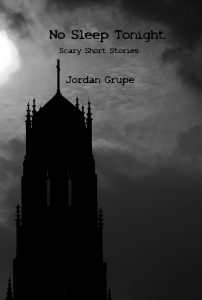 “From Jordan Grupe, author of the gripping and terrifying novel Beneath the Asylum, comes the appropriately named No Sleep Tonight collection of scary short stories – the latest offering of terror for those yearning for a bout of wild-eyed insomnia.”

“Despite being a relatively new addition to the horror writing scene, Jordan Grupe has made a name for himself as an excellent storyteller.  His ability to build characters and terrify readers is consistently impressive as he continues to produce high quality horror content.  I have featured a few of his tales on my YouTube channel “Mr. Creeps” and the response has always been amazing!”   – Mr. Creeps (683,000-subscribers on YouTube)

“Jordan has a knack for making the mundane menacing (I’ll never look at garden gnomes the same way again).  His stories are immersive, dragging the reader in kicking and screaming, with just enough humor to help wash down the absolute dread you experience when visiting his wicked worlds.”                            – Travis Brown (Grand_Theft_Motto on Rededit No Sleep), author, House with One Hundred Doors

Available now at better bookstores and online retailers such as Amazon! 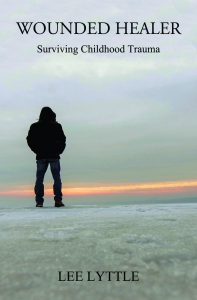 “Wounded Healer chronicles author Lee Lyttle’s childhood sexual abuse by an older babysitter, how the author learned to cope and come to terms with this experience and how he came to help other victims and advance a greater understanding of the trauma and actions needed to overcome and prevent childhood sexual abuse.”

“Lee’s memoir is a testament to the power of vulnerability and candidness in recovery. Lee is embracing their story and giving you a glimpse into the process, which will hopefully empower your own healing. Not only does the book contain poetry in the literal sense, but the entire work is also a work of poetry in action and recovery as an art form.”

–Dr. Jamie Marich, Founder, The Institute for Creative Mindfulness, Author, Trauma and the 12 Steps: An Inclusive Guide to Healing and Recovery, and many other books on trauma recovery 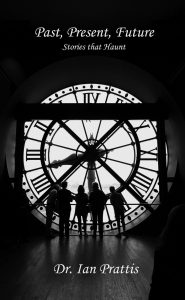 Ian Prattis’ new book, “PAST, PRESENT, FUTURE: Stories that Haunt” is a brilliant collection of stories, writings and essays in fiction and non-fiction. The book leads the reader through thought provoking perspectives about the treatment and respect Western society has thus far shown toward Mother Earth. Dr. Prattis presents the current state of our Earth through a lens that is alarming and sobering at moments. In his true fashion, he offers hope by educating the reader on how Indigenous wisdom that has been passed down for generations can provide a pathway that the human race can choose to embrace for a better future. This is an excellent read, very appropriate for our current times.

Rebecca Rosenblat, psychotherapist, relationship-sexuality therapist, bestselling author and TV host, asks: Are you in charge of your life and living out your dreams; or are you giving into others’ rules and expectations? Order from ROCKPORT

From a childhood spent moving back and forth between two worlds – Canada and Germany – Deppe became an early outsider-observer, a persona that first crystalized on entering the Canadian school system unable to speak…

“When I started this journey I had no idea what I was about to face. It is my hope, if you find yourself faced with some daunting battle, that you too, will find your own…

Anita Sechesky, international best-selling author, Certified Life Coach, Registered Nurse and sought-after consultant, wants to help you become Absolutely YOU! Anita will guide you to overcome the self-imposed limitations that have held you back in life. Order from ROCKPORT

Susan Crossman, marketing expert and author of several critically acclaimed books,
offers clear, easy-to-follow advice to make anyone – even a complete novice – a content-
marketing pro in no time… great tips and techniques to give you the edge you need.”
– Michael Davie, author, Winning Ways Order from ROCKPORT

Connecting Victoria Lorient-Faibish would like to help create healthy relationships now! Connecting: Rewire Your Relationship-Culture is about changing what isn’t working to create a new, unique, personalized, choice-filled relationship-culture that you consciously bring into your adult relationships.Order from ROCKPORT

Boomerville “Rosa Harris has assembled a series of very thought-provoking apercus of her times and generation. They are all from different angles and none is ponderous or over-long. The result is a very pleasing, very easy, and often poignant, read.” – Conrad Black / Order from ROCKPORT

““Nevin Grant, avid record collector and musician, left law school in the 1960s to pursue a career in radio – and became part of music history, leading one of the nation’s most influential stations to become an acclaimed hit-maker on Top 40 CKOC radio. Growing up with the Hits! offers his insightful recollections on the music, times, books, movies, fads, fashions and pop culture icons of 1955-1989 – a must read!”
– Michael Davie, author, Winning Ways / Order from ROCKPORT